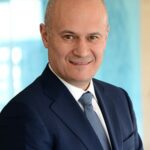 Thomas Inge, MD, PhD, is the newly appointed Surgeon-in-Chief at Ann & Robert H. Lurie Children’s Hospital of Chicago. In 2017, Dr. Inge established the Center for Bariatric Surgery at Children’s Colorado, integrating a surgical treatment option into an existing obesity treatment program for adolescents with severe and other special forms of obesity. With continuous research funding from the NIH since 2005, he has also been the principal investigator of the Teen-Longitudinal Assessment of Bariatric Surgery study, providing evidence that defines the role of gastric surgery in treating adolescents with clinically severe obesity. He has authored or co-authored over 160 peer-reviewed publications and book chapters and provided over 120 invited lectures for national and international professional groups.

“Tom Inge’s work on bariatric surgery in the pediatric age has been transformational in gaining acceptance for the procedure for teens with obesity,” said ABOM Board Member Dr. Robert Siegel. “In turn, that has already changed the lives of thousands of patients with even more poised to benefit from his efforts in the future. Additionally, Tom has worked tirelessly in promoting pediatric obesity care as a subspecialty and defining the pediatric bariatric team. “ 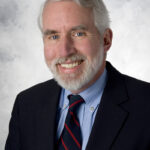 Thomas A. Wadden, PhD is the Albert J. Stunkard Professor of Psychology in Psychiatry at the Perelman School of Medicine at the University of Pennsylvania and Former Director of the Center for Weight and Eating Disorders.

“I am deeply honored to be recognized by the American Board of Obesity Medicine,” Dr. Wadden said. “I thank and congratulate the Board for its outstanding work in advancing the treatment of obesity.”

Wadden’s principal research is on the treatment of obesity by methods that have included lifestyle modification, very-low-calorie diets, exercise, medication, and surgery. He has also investigated the metabolic and psychosocial consequences of obesity and weight loss. He has received continuous funding from the NIH since 1987, has published over 500 scientific papers and book chapters, and has co-edited seven books.

“Dr. Wadden is a luminary in the field of obesity,” said ABOM Board Member Dr. Robert Kushner. “His diverse scope of clinical research over the past 40 years has left an indelible mark on the practice of obesity medicine. He has touched upon the most important topics in clinical care, ranging from eating disorders, body image, and weight loss goal expectations to appetite regulation and the interaction between behavior and pharmacotherapy, as well as serving as an investigator in the LOOK AHEAD trial. In addition to being an outstanding investigator, Dr. Wadden is a consummate teacher, mentor, leader, and scholar.”

This website uses cookies to improve your experience while you navigate through the website. Out of these, the cookies that are categorized as necessary are stored on your browser as they are essential for the working of basic functionalities of the website. We also use third-party cookies that help us analyze and understand how you use this website. These cookies will be stored in your browser only with your consent. You also have the option to opt-out of these cookies. But opting out of some of these cookies may affect your browsing experience.
Necessary Always Enabled
Necessary cookies are absolutely essential for the website to function properly. These cookies ensure basic functionalities and security features of the website, anonymously.
Functional
Functional cookies help to perform certain functionalities like sharing the content of the website on social media platforms, collect feedbacks, and other third-party features.
Performance
Performance cookies are used to understand and analyze the key performance indexes of the website which helps in delivering a better user experience for the visitors.
Analytics
Analytical cookies are used to understand how visitors interact with the website. These cookies help provide information on metrics the number of visitors, bounce rate, traffic source, etc.
Advertisement
Advertisement cookies are used to provide visitors with relevant ads and marketing campaigns. These cookies track visitors across websites and collect information to provide customized ads.
Others
Other uncategorized cookies are those that are being analyzed and have not been classified into a category as yet.
SAVE & ACCEPT
X